The Community of the Sons and Daughters of God

A community of monks in the world

THE OPENING OF FATHER’S CAUSE

On Saturday 25 September at 4 p.m., in the Florentine basilica of SS. Annunziata, the entire Community, in deep communion ...
Read More... Ordination to the priesthood

Video of 2013. In 10 minutes an effective presentation by Don Divo Barsotti, the man, the priest, the mystic and ...
Read More...

Dear friends, what we have to meditate today is the promise the whole liturgy gives us of a new forgiveness ...
Read More...

Circular letter from the father

Our Lady And The Community

My dear brothers and sisters,The Lord asks us to acknowledge what He has fulfilled. The most important events of the Community’s brief history are all God’s work. As we prepare our selves for ...
Read More...

Dear Friends, The Community is still in its infancy; as a Religious Family it has only recently been constituted, and the Lord inspires and moves us more and more, so that the will ...
Read More...

Dear Friends in the Lord, I am driven to write to you under a powerful im-pression, I believe, of divine inspiration. It seems to me that at last the Lord wants to give ...
Read More...

The greatness of the contemplative vocation (1961)

How grateful I feel today to the Lord for having given me this vocation, and how I feel bound to pro-claim the greatness, the necessity also in the service of others, in service ...
Read More...

Imploring the Spirit that His will may be done (1961)

We are in the octave of Pentecost. The song of thanks and praise is also the song of humble and impassioned supplication: the Spirit who has come down, who has filled the earth, ...
Read More...

There is no incompatibility between our life and our vocation (1964)

Dear Friends, In this circular letter, I would like to continue what I had begun talking about after the spiritual exercises and to say something about a temptation and danger which threatens the ...
Read More...

Dear friends, what we have to meditate today is the promise the whole liturgy gives us of a new forgiveness that will renew all of life, and in our case will renew our ...
Read More...

The law of love

If we are to live by the law of love, a law which makes nothing foreign to us, it is imperative to bring the life of the whole universe into one’s our own life. Nothing more, nothing less. I cannot accept simply being the “person I am.” I cannot and I will not. 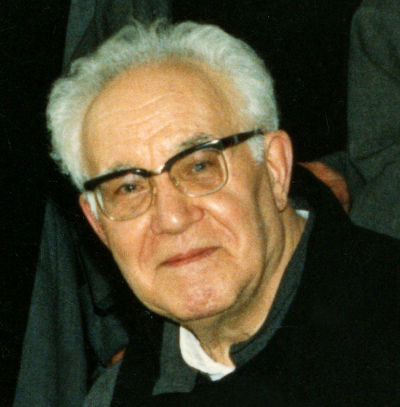 Have faith. I have no fear of Death; I have already experienced a foretaste of communion with Him through those I have loved. Have faith. God will not fail you.